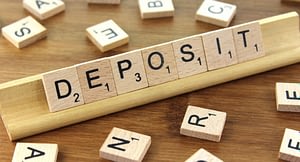 A deposit acts as security for a vendor. While deposits are usually 10 percent of the purchase price, the parties are free to negotiate otherwise. After a deposit has been paid, it is either held in trust by the vendor’s solicitor or agent, or in a bank account in the joint name of the vendor and purchaser.

Upon settlement, the deposit is released from the trust and forms part payment of the total amount owed under the contract of sale. Any interest earned on the deposit is divided between the purchaser and the vendor.

Early release of the deposit

Most states permit the early release of a deposit to a vendor if the vendor receives written consent from the purchaser. Written consent may be provided by issuing a deposit release statement.

Can a purchaser sell a property to a third party prior to settlement?

Can settlement be earlier than the agreed date?

The date of settlement can be changed by either written or verbal agreement. Parties intending to change a settlement date must realise that once the date has been changed, it is binding and they may be held liable under contract law if they are unable to settle on the new date. While it is possible to change the settlement date verbally, it is recommended that parties document their agreement in writing to avoid future misunderstandings.

Previous Topic
Back to Lesson
Next Topic

Login
Accessing this course requires a login. Please enter your credentials below!
Lost Your Password?