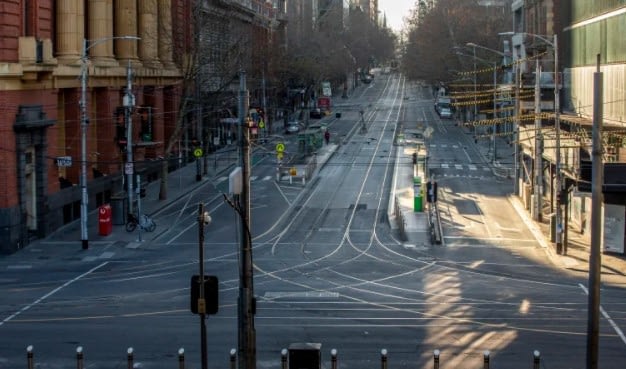 Melbourne and Sydney’s innercity rental markets are starting to recover after months of falling rents and surging vacancies due to closed international borders and restrictions hitting CBDs.

But the property data company’s head of research, Tim Lawless, said Melbourne and Sydney’s  apartment markets, which were among the hardest hit by COVID19 border closures, had started to stabilise.

“Sydney unit rents have posted a subtle rise over the past three months, while unit rents in Melbourne have held firm over the same period,” he said. Rental deferrals for struggling tenants who lost work during the pandemic started to end this year.

“The improvement comes after a long-running decline, however, a material improvement in rental conditions is likely to be dependent on foreign students and visitors returning to shore up inner-city unit rental demand,” he said.

Gross rental yields fell to record lows in March, with Melbourne at 2.9 per and Sydney at 2.7 per cent, which relates to the holding costs investors face by comparing rental income to the property value. A higher rental yield is usually attractive to property investors.

This is the first time on record Melbourne’s yield has fallen below 3 per cent.

Despite this, Rich Harvey, the chief executive of buyer’s agency Propertybuyer, said some innercity rental apartments on the fringe of the CBD were being snapped up by investors looking for a cheap entry point into the market.

“They are good value at the moment,” Mr Harvey said. “It’s an opportunity for investors. The COVID tide went out and people went ‘let’s get out of the city’ and that’s created a gap for cheaper units.”

He said rents had been depressed during the pandemic but he expected a lift in future. “COVID accelerated trends – the flight to lifestyle and remote working – but as the wave comes back in there will be a corresponding increase in rent,” he said. “There hasn’t been a dramatic jump in rent yet but properties are [finding tenants] more  quickly.”

In May 2020, the Sydney CBD apartment vacancy rate hit 16.2 per cent on SQM Research data. This had fallen to 6.7 per cent by February. Melbourne CBD hit a peak of 10.8 per cent in September and fell to 8.1 per cent by February, still significantly above typical levels.

SQM Research managing director Louis Christopher agreed there had been a recovery in Sydney both in rents and vacancies but said Melbourne was still running behind.

“People are starting to move back into CBD locations,” Mr Christopher said. “Melbourne will recover to an extent but the recovery might not be as strong as Sydney’s and Brisbane’s as they’ve had an exodus of interstate migration to other states, the lockdowns have been more severe and it has made people more cautious about coming back to the city.”

However, Property Investment Professionals of Australia chairman and director of Empower Wealth Ben Kingsley said the data might not be picking up on vacant homes that had been withdrawn from listings but still sitting empty.

“What they’re doing with those properties we don’t know. Dropping off from being available doesn’t mean they’re being rented,” he said. “There are some missing vacancies we just can’t see.

“The true test of that market will be when immigration arrives once we open up our borders and that will put some tremendous pressure on rent in the 12 to 18 months.”