Here’s what happened to property values after previous downturns

The resilience of real estate was proven yet again as property prices rose over the year.

And now all the forecasts for 2021 seem very positive.

But what can we learn from how our property markets emerged from previous economic downturns?

Looking back you’ll find that median house price growth was very strong as you’ll see in the table below, but let’s start with some context…

The CoreLogic Home Value Index for November showed national dwelling values up 0.8 per cent over the month with every capital city, apart from Melbourne, posting positive results as well as regional areas performing even more strongly. 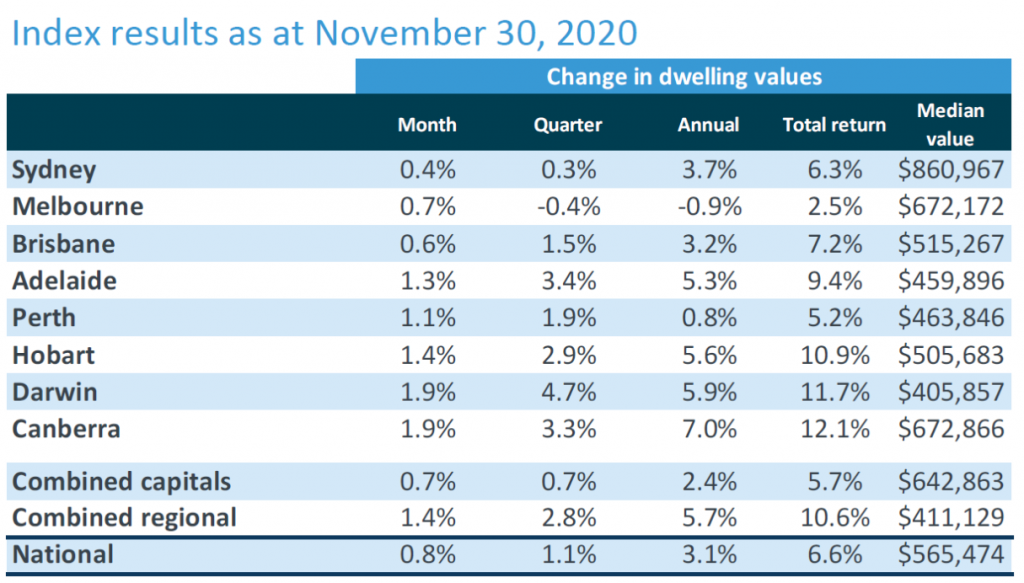 PIPA Chairman Peter Koulizos said the results were in stark contrast to some of the more alarmist property price forecasts at the start of the pandemic.

“Big banks and some property commentators were predicting property price falls of anywhere from 10 to 30 per cent,” he said.

“At the same time, PIPA produced research to show that house prices had increased by as much as 100 per cent in the five years after the most recent recessions.

“For some reason – even though our analysis looked at every downturn or recession over the past 50 years – plenty of people were still expecting property prices to fall off a cliff this time around.”

The PIPA data found that five years after each of the recessions or economic downturns over that time period, capital city house prices often increased significantly.

“In fact, looking back over the past nearly 50 years, house prices were higher five years after a recession or downturn each time,” Mr Koulizos said.

“Some locations performed better than others, mostly likely due to local economic factors after each period.”

SQM Research has also now forecast strong annual growth in most capital cities next year with annual dwelling price growth of up to 12 per cent predicted in some locations.

Mr Koulizos said the government stimulus measures, coupled with record-low interest rates, were always going to help protect property prices – just as had been the case several times in past economic downturns.

“It has always been a priority to protect the wealth of everyday Australians whose biggest asset is usually their homes,” he said.

“Lowering interest rates to support home ownership but also to encourage more spending generally has long been a successful policy during economic downturns, coupled with other stimulus measures.”

The positive price results for November, as well as for next year, were foreshadowed in the 2020 PIPA Annual Investor Sentiment Survey in August, which found that nearly 75 per cent of investors expected property prices to be the same or better in their state or territory in 12 months’ time.

The survey also found that 71 per cent of investors were less likely to sell a property over the next 12 months because of the pandemic, which is no doubt part of the reason for the continued low supply of listings in some locations around the nation, Mr. Koulizos said.

“With markets firming it is vital that homebuyers and investors only work with qualified property investment professionals,”

“PIPA members must adhere to our strict code of conduct, which offers property investors the best assurance that they are dealing with a trusted professional.”