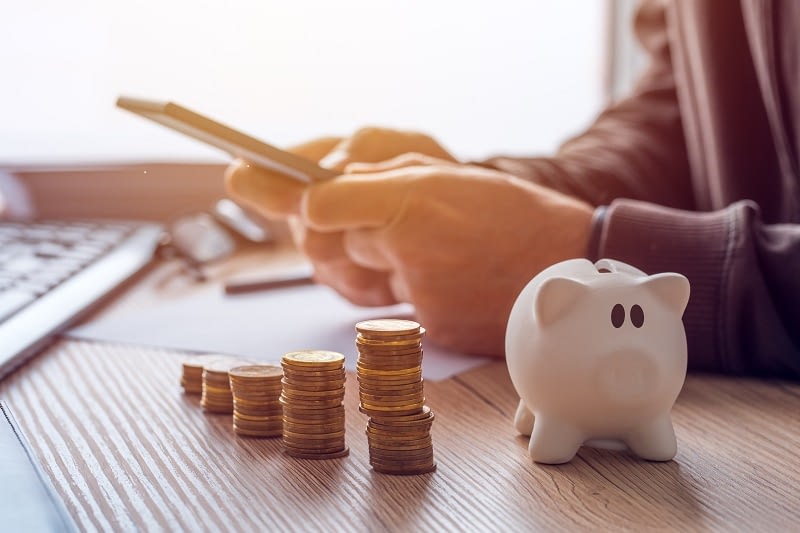 The Commonwealth Treasurer has sought to ward off suggestions that the economy is headed for a recession but has warned that Labor’s housing policy could trigger a deeper downturn.

GDP growth has now slowed below target for two consecutive quarters, prompting analysts to declare that the economy has fallen into a “per-capita (per person) recession”.

AMP Capital’s chief economist, Shane Oliver, observed: “Coming on the back of just 0.3 [of a percentage point] growth in the September quarter, this is not good news.

“It means growth has slowed to 2.3 per cent over the year to December and, even worse, annualised growth over the last six months has slumped to just 1 per cent.”

Mr Oliver noted that GDP growth would be placed under additional pressure as the housing market downturn intensifies.

According to the latest CoreLogic figures, national dwelling values fell by 6.3 per cent in the 12 months to February 2019, largely spurred by a 7.6 per cent decline across Australia’s capital cities, particularly in Sydney and Melbourne where home prices declined by 10.4 per cent and 9.1 per cent, respectively.

Housing approvals data from the ABS has also revealed that, while increasing by 2.5 per cent in January, approvals are down by 29 per cent year-on-year.

The latest Financial Aggregates data RBA has also shown that in the year to January 2019, housing credit grew by 4.4 per cent, slowing by 1.9 per cent when compared to growth of 6.3 per cent reported in the 12 months to 31 January 2018.

However, speaking to the media, Treasurer Josh Frydenberg cooled suggestions that the economy is heading towards broader recession.

“[In] the calendar year, GDP growth is 2.7 per cent and actually indicates that the Australian economy is growing faster than any G7 nation except the United States,” he said.

“When it comes to the health of the Australian economy, the fundamentals are sound.”

Mr Frydenberg went on to note that the unemployment rate has fallen over the years to approximately 5 per cent, adding that the real net disposable income has increased by 2.1 per cent over the year.

The Treasurer added: “[Talk] of recession really is inaccurate because what is the best indicator of a recession is what happens to GDP growth and that has been consistently positive.”

Despite dismissing recessionary talk, Mr Frydenberg warned that Labor’s proposed housing policy, which would limit negative gearing to new housing and halve the capital gains tax discount to 25 per cent, would exacerbate the slowdown in the property market.

Making reference to analysis from Treasury, Mr Frydenberg said: “[Treasury] said that Labor’s policy could put downward pressure on housing prices, and also that it could create real problems in a cyclical downturn in the housing market.

“[When] Labor came up with this policy [a] few years ago, [we] were in a different housing market. We’ve seen housing prices come down around 10 per cent in the key markets in Sydney [and] in Melbourne over the last year or so.

“The Labor Party’s policy is designed – in the words of [Shadow Treasurer] Chris Bowen himself – ‘to put downward pressure on prices’.”

Further, new modelling from the Property Investment Professionals of Australia (PIPA) has reported that by limiting negative gearing and reducing the CGT discount, the government would lose $32 billion in revenue over 10 years.

PIPA chairman Peter Koulizos said that the research found that Labor’s assertion that their policy would save $32 billion over a decade was a “flight of fancy”, claiming that the reverse would be true if investors are driven out of the market.

“Investors already pay almost four times in capital gains tax what they receive in negative gearing benefits over a 10-year period, so the government is already ahead financially,” he said.

The PIPA modelling found that an investor who bought a $675,000 property in today’s market would receive approximately $23,583 in negative gearing benefits over a decade but would pay $104,703 in capital gains tax if they sold the asset – leaving the federal government with an $81,118 net gain.

Moreover, according to the research, a Labor government could lose between $10 billion and $32 billion over 10 years, with PIPA adding that fewer investment properties would drive rents higher and further hinder first home buyers from entering the market.

The modelling also found that:

“I have no doubt that limiting negative gearing and reducing capital gains tax concessions by the federal Labor Party will discourage property investors from buying property,” Mr Koulizos added.

“Labor says they want to incentivise investors to buy new property, but our research shows that 93 per cent of investors buy established property as this has greater capital growth potential than new property.

“Under the proposed changes, investors will pay more capital gains tax, but since they have probably bought a new property, that will mean lower capital growth and therefore reduced tax payable to the government.”